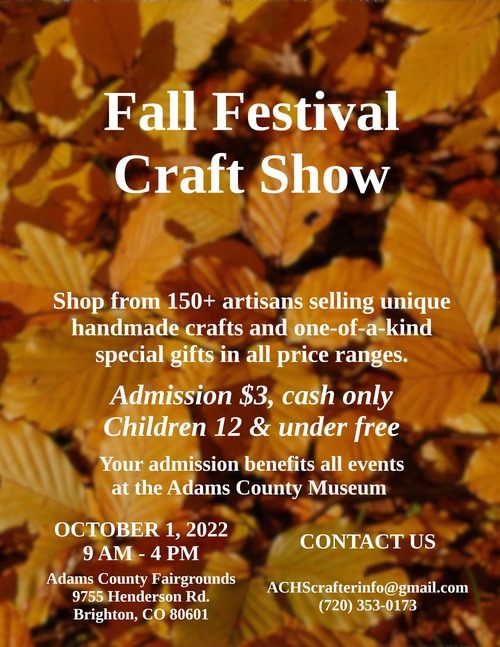 Our next event is the Fall Festival Craft Show, on Saturday, October 1st, from 9 AM to 4 PM. We'll have over 150 vendors from all over Colorado selling handmade products. Admission is $3, cash only.

The Fall Festival will be held at the Exhibit Hall and Waymire Dome of the Adams County Fairgrounds, 9755 Henderson Road, Brighton, Colorado, 80601.

Check out future events on the EVENTS PAGE